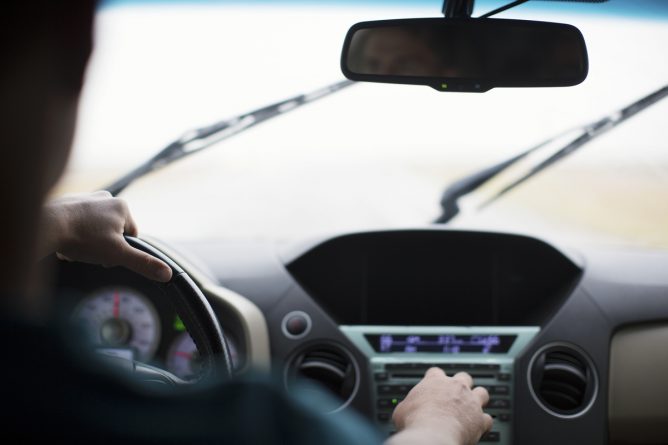 Do What You Can Do

On occasion throughout my childhood, my parents, brother, and I would take a summer vacation that had us on the road over a Sunday or two. Not known for missing many church services, my parents were diligent to bring along a cassette or two of preaching and worship music that our family would take in while traveling in the car. One of our family’s favorites came from a series of ministry conference services my parents had attended through the Oklahoma District Council (Assemblies of God) at its annual Ministers Retreat. The series featured the ministry of Dr. Dick Foth who, at the time, was serving as the president of then Bethany Bible College (Scotts Valley, CA). I couldn’t have been but a pre-teen but the messages of Dr. Foth still ring in my heart to this day. His ability to tell a story grabbed my attention and wouldn’t let loose until he prayed his final prayer. The series of five or so messages was only a pile of cassettes bound together by a rubber band, but it became a requested staple for any road trips our family took after our first listen.

As the weeks have progressed in this ongoing saga of uncharted history-in-the-making, I’ve found myself quoting Dr. Foth so often I wish I could just take credit for it.

Throughout Scripture we see many instances of God’s mind-boggling miracles–times when He showed up, typically just in the nick of time, and made a way where there seemed to be no way. God spared Noah and his family, along with two of every creature, on a giant boat he built when the floods came to destroy the earth. With Moses out in front God opened up the seas and made a dusty trail for the multitude of Israelites to cross over to the other side. David, a shepherd boy, saw God miraculously rescue His people once again by knocking down a giant with a flung stone to the head. God spared His chosen ones from genocide by having Esther, a common Jewish girl, among the royal line at just the right time.

The common denominator in all of these heroic accounts that are few among hundreds, perhaps thousands, was God’s miraculous power coupled with small steps of faithful obedience from mere humans.

Right now it seems that nothing is steady. Little is plan-able. Each day’s plan for the next day is ‘subject to change’. Our times are uncertain. It’s not uncommon to stop mid-sentence and find yourself asking, “Now what day is today?” Things are foggy. We are looking through a glass dimly. And the enemy is eager to torment us with the what-if’s that simply don’t have concrete answers. “Am I doing what I should be right now? Should we be more alarmed? What don’t we know?” The mental battle can be intense.

But in the midst of it all we must be reminded that God is not taken aback right now. In fact, He has seen this coming from the beginning of time. And He’s not wringing His hands, wondering how this is all gonna shake out. But He is looking to us to look to Him. He’s looking to us to make one step of faith and do our part. This isn’t as uber-spiritual as it may sound. Sometimes it looks like finding something to occupy your mind out of doors instead of taking in one more episode of the latest news brief. Perhaps it looks like taking the part-time job to make ends meet until the economy stabilizes a bit. Today faith might include reaching out to the neighbor you’ve been walking past for several months and starting a conversation that might lead to Christ.

What is the step of obedience God is looking for in your life? Faith is doing what you can do and letting God do His part. Fretting is doing nothing and resenting when God doesn’t take care of it all. But faith? Faith is picking up the wood and nails to start the boat God ordered or raising your rod over a sea with the enemy hot on your heels. Faith-filled obedience is picking up a few stones in the brook and flinging one of them at just the right time. Simple, steady obedience each day will, in time, foster the centuries of miraculous accounts that was a creative thought in the mind of someone who desired to please God.