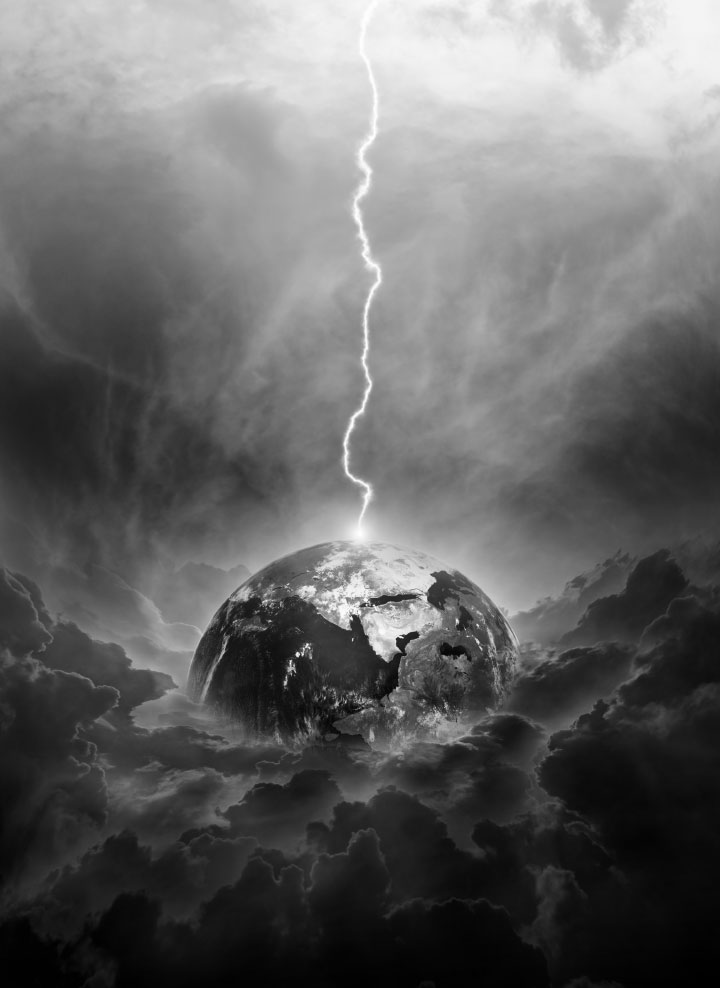 What is sin? And how did it enter the world?

Ephesians Chapter 2 makes it very clear that we, as humanity, are dead in our trespasses and sins. It also makes it clear that as sinners we walk according to our flesh, doing what feels good to us.

When Adam and Eve sinned, there was a barrier placed between God and man. God gave Adam and Eve very explicit instructions. They could have everything in the Garden of Eden where they lived. They could have everything in the Garden--except ONE tree. They lived in perfection in God's endless supply of provision. Satan came to them, disguised as a serpent, and tempted their flesh. They disobeyed God and sin came into the world. Man was then separated from God.

Is there a cure for sin?

Therefore, because of the barrier of sin, a bridge was needed to breech the gap between God and man. God desired relationship with mankind and devised a plan to save them—to save us.

What is so incredible is that this plan was ready, even before He created Adam and Eve. God so loved the world that He gave His only Son so that no one would be lost eternally (John 3:16).

Jesus Christ, God’s only Son, became the fulfillment—the bridge—for God to get to us, and us to get to God.

God brought us into His family by sending us His Son. His Son, Jesus, was perfect. He was sinless. And for us to be saved from our sins, there had to be a perfect, sinless sacrifice. Jesus willingly laid down His life. He was beaten beyond recognition. He was spat upon. He was placed on a cruel cross made of huge wooden beams and then nailed to it by His feet and hands. In doing this, our salvation was paid for.

Moments before Jesus died, He spoke the words “It is finished”, completing the bridge from God to man and man to God. He was then placed in a borrowed tomb and three days after His death, He rose again! In rising again Jesus proved that He was the Son of God. He had taken authority over sin and death! 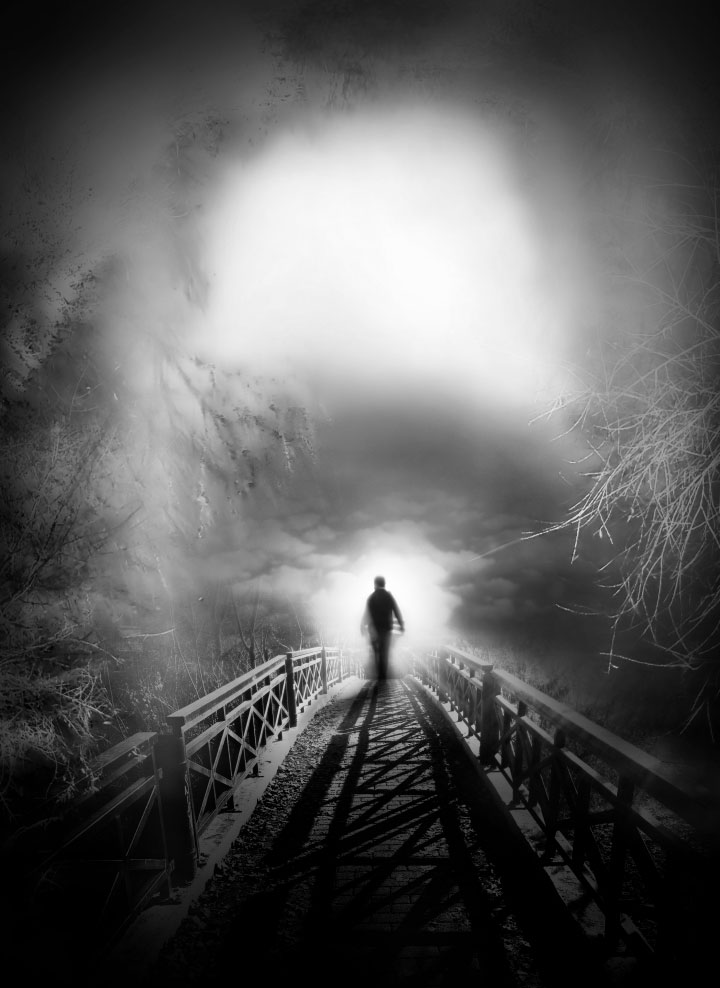 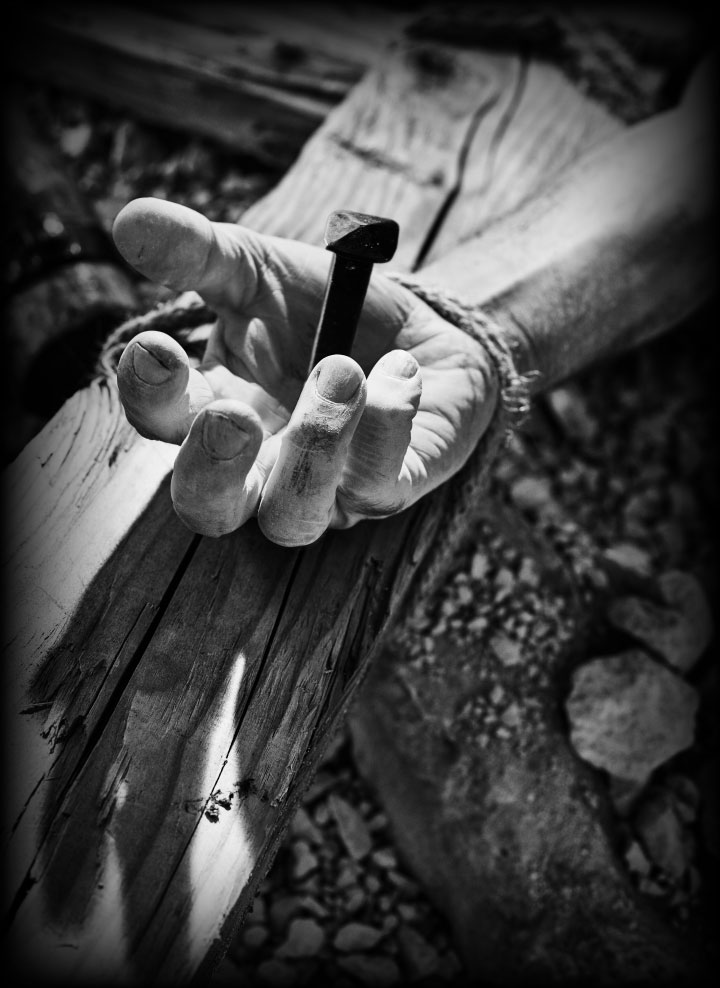 Going back to Ephesians 2, the Bible says in verses 8 and 9, “For by grace are ye saved through faith; and that not of yourselves: is it the gift of God: not of works lest any man should boast.”

These verses are telling us that our salvation cannot be earned by good works. This does not mean we should not live clean and right before God. It means that works cannot earn our salvation.

It is the gift of God that brings salvation.

Verse 12 tells us that we were strangers. We were aliens. And were separated from the promises of God, having no hope.

But verse 13 tells us that the blood that Jesus shed on the cross has brought us close to God and has broken down the wall of separation between us and God.

How can I have this?

You may be reading this today, thinking that something you have done is beyond being forgiven. There may be something in your past that you feel is so bad that you could never get over it. I tell you today, there is NOTHING—I mean, absolutely nothing—that you have done that the Blood of Jesus cannot wash, cleanse, and remove forever.

There are two keys you must know in order to be saved from your sin and receive eternal life.

It is by God’s grace that you are saved.
We can never do anything good enough to earn salvation. Since Adam and Eve sinned every human born since that time is born into this world a sinner. We are dependent upon the Blood of Jesus to cleanse us from all sin. In our natural minds we would think that blood stains. But what I’m talking to you about today is not natural, it’s supernatural. The Blood of Jesus doesn’t stain. It REMOVES stains.

We are saved through faith by the gift of God.
God is so merciful and so kind that He gave us the miracle of justification by faith. Justification by faith means that, because we are humans and cannot earn salvation, by putting our faith in Christ, He gives us credit, based on the Blood of Jesus. He puts us in right-standing with God through the power of that Blood.

What does God want from me?

Right now, no matter how far you think you are from God, or possibly you’ve never known anything about our loving God, understand this—this salvation through Christ is the free gift of God to you! It is indescribable and unexplainable.

He simply wants you to accept His gift!

Are you ready to accept this precious gift from God?

If so, I've included a prayer below you can pray with me today. As you pray this prayer, Jesus will come and live inside of your heart. You will feel it. You will know it. There will be no doubt. The burden of sin will lift off of you and you will be free from the weight and penalty of sin.

Romans chapter 10, verses 9 and 10, tell us: “That if thou shalt confess with thy mouth the Lord Jesus, and shalt believe in thine heart that God hath raised Him from the dead, thou shalt be saved. For with the heart, man believeth unto righteousness; and with the mouth confession is made unto salvation.”

I’m ready to accept this salvation!

Pray this prayer out loud with me right now with sincerity.

A Prayer of Salvation
“Lord Jesus, I come to You today, just as I am. I admit that I am a sinner. I make the declaration that I need You. I believe in my heart that You are the Son of God and I confess my sin to You right now. I repent and turn away from all sin and from the life of sin I have been living. I throw myself on Your mercy. I accept Your grace and this gift of salvation.

I put my faith today in what Jesus did for me on the Cross. I ask You, Lord, to wash me and cleanse me with Your Blood. Remove all sin from my life. Sin is leaving my life right now and its burden goes with it! You are my Lord. I will serve You and only You.

I am saved from my sin and am now a child of God! I, with Your help, will never turn away from You but will live for You all of my days. I am now justified. I am accepted and my past is forgiven and gone.
In Jesus’ name, Amen.”

Will you do us the honor of sharing your exciting news with us via email? Nothing would thrill me more than to know that you have accepted Christ!

Send me a quick email today at ctministries@cox.net.
I can’t wait to rejoice with you!

There are a few critical things you need to do in order to maintain this new relationship with Christ.

“I have come into a relationship with Jesus Christ. My sins have been forgiven and I am no longer chained to the past that has enslaved me. I now have my choice back. I can choose life and peace and freedom from bondage and addiction. I now, through Jesus Christ, can rise above every obstacle and be transformed.

My home and my children can now reap the benefits of salvation through in faith in Jesus Christ! I am no longer a victim; I AM A VICTOR! I will not overcome through man’s natural ability but through the supernatural power of Jesus Christ. I now leave my former life of sin to a new life of commitment to Jesus. I have transferred my residence from absolute darkness into the Light of the Kingdom of God!”