I can visualize just where I was sitting in the dimly lit bedroom of our rent house, 16 years ago, where we housed our ministry’s home office. I sat through much of that phone conversation with a dear friend, alternating between picking up my jaw from the dropped position and dabbing my face from the tears slowly streaming down my face. It’s funny how a single conversation can change the course of relationship, and yet, many years later, you can’t truly recall its content.

In bullet form, my takeaways from that afternoon’s fatal blow to a friendship I treasured were as follows:

The truth is, we had never had a conversation, in my memory, that delineated any of the above “wrongs”. And even when I spoke to them, trying to diffuse each hurtful misconception, my explanations fell on deaf ears. Things were too far gone, it seemed. And what was all the more hurtful was that, even if those things had been felt, the truth of what I believed she knew about me was seemingly never weighed into the equation. Even as well as I thought we knew each other, this dear girl assumed I would feel these things about her precious family, thoughts that never had even crossed my mind. 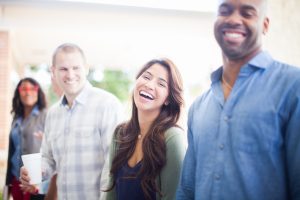 As I’m well into my fourth decade of living on this planet, I would like to propose that the majority of emotional injuries and misunderstandings come as the byproduct of wrong assumptions. All of us can jump to conclusions now and again but, as a general rule, followers of Christ can be some of the worst! We assume the worst all too often when we could actually avoid hurt and pain by assuming the best. And I’ll take this a step further:  our assumptions should only lead us to rejoice in the blessings of others. But that’s easier said than done, right?

Quite frankly, the worst habits of assumption come through the filter of our own feelings, struggles, insecurities, or trials at the moment. Because we might be feeling stressed or neglected, we assume someone is intentionally adding to that.

“She didn’t return my phone call/text.” (pause) “She must be too busy to even care about me at all.”

“Look at their vacation photos.” (pause) “It must be nice to snag a cush job like that. My family will never be able to do something like that.”

“Their social media posts are constantly filled with updates on their volunteer opportunities at church.” (pause) “They obviously think they’re better than the rest of us.”

…in order to not assume the worst, we will have to intentionally assume the best.

Assume the best about her. Think the best of him. You’d want them to do the same for you.

I’m a huge fan of the Golden Rule. Sure, we are all gonna slip up now and again. But if we want others to believe the best about us, we have to be willing to step over our own insecurities concerning others–their successes, their failures, their highs, their lows, their family, their ministries, their motives–and believe the best! I would love to tell you I’m flawless at this. But if I were, I wouldn’t hold much influence in speaking to it. I have my moments, believe me.

In my experience, social media makes this “assume the best” principle all the more difficult. Oh, great. She’s gonna bash social media. I’m a fan of social media, for the most part. But it has definitely amped up the comparison game. And don’t you hate it when you have sent a private message or text to someone and you can see that they’ve seen it? Then the mind games start.

Day One:  Why won’t she reply? I hope everything is okay.

Day Two:  Hmmm…that’s weird. I can’t recall us having any type of altercation recently.

Day Three:  I hope everything is okay.

Day Four:  Maybe I should check on her again. Is that being too pushy?

Day Five:  I saw her posting the highlight reel with her kids. Ya know, it would only take five seconds to reply to me.

Day Six:  Seriously, over this.

The principle of grace has been different facets and we all are in need of a daily dose of grace. But what if we gave as much grace to  others as we’ve received from the Father? (Is that even possible?) Or what if we at least purposed to give more grace than we require of others? Let’s add the goal of assuming the best to the list of grace-giving. The Hebrew root for the word ‘grace’ literally means ‘favor’. It is CHEN from a root word CHANAN, meaning “to bend or stoop in kindness to another as a superior to an inferior”. In Greek it is CHARIS and has the idea of graciousness in manner or action. It comes from a root word CHAIRO, which means “to be cheerful, happy”.*

Don’t you think this world could use a little more ‘cheerful and happy’? There is nothing more Christ-like than granting favor and kindness to another as superior to an inferior. And according to the principles of God’s Word, when we grant grace, we reap grace in return. I don’t know about you but there are some days when I am desperately in need of grace from another when I miss the mark. Come on, let’s give a little grace together.

Endeavoring to assume the best,