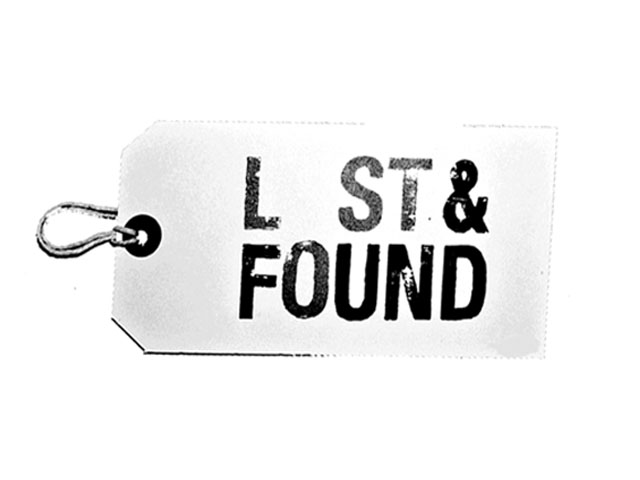 A Call to the ‘Found’

Joshua 7: 10 So the Lord said to Joshua: “Get up! Why do you lie thus on your face?11 Israel has sinned, and they have also transgressed My covenant which I commanded them. For they have even taken some of the accursed things, and have both stolen and deceived; and they have also put it among their own stuff. 12 Therefore the children of Israel could not stand before their enemies,but turned their backs before their enemies, because they have become doomed to destruction. Neither will I be with you anymore, unless you destroy the accursed from among you. 13 Get up, sanctify the people, and say, ‘Sanctify yourselves for tomorrow, because thus says the Lord God of Israel: “There is an accursed thing in your midst, O Israel; you cannot stand before your enemies until you take away the accursed thing from among you.” 14 In the morning therefore you shall be brought according to your tribes. And it shall be that the tribe which the Lord takes shall come according to families; and the family which the Lord takes shall come by households; and the household which the Lord takes shall come man by man. 15 Then it shall be that he who is taken with the accursed thing shall be burned with fire, he and all that he has, because he has transgressed the covenant of the Lord, and because he has done a disgraceful thing in Israel.’”

You may be familiar with the story of Achan in Joshua chapter 7. God had given the people of Israel many victories and Joshua was determined to finish strong. Joshua was known to be more of a military-type, not the grandfather-type that this people had become accustomed to with former leader Moses. “Enough With This Desert” just might have been the selected logo for Joshua’s team shirts at that point. Getting to the Promised Land had become a ridiculously long endeavor. Several generations had already died in the process. Finally, yes, finally they had taken Canaan in accordance with God’s instructions and were preparing to conquer the surrounding lands to fully establish themselves.

Chapter seven of the book of Joshua begins with their next massive hurdle: unfaithfulness and disobedience. Joshua was yet unaware of God’s removal of His hand of blessing and favor when he sent spies out to Ai, which was to be their next conquest. Things looked rather simplistic in their favor so he sent less men to finish the job, which led to several Israelites being killed and driven back in defeat. Joshua was beyond frustrated and began to petition God. “You brought us all this way and now you drop us?” It was at this moment that God revealed what was to become known as “Achan’s sin”. Achan had taken some of the spoils of the victory at Canaan, now considered to be sacred or devoted things, for himself. And he had hidden them.

No doubt multiplied thousands of sermons have been preached on Achan’s hidden sin and the costs of it, not only to him but also to his family and his tribe. Unfortunately, however, though many have heard such sermons and read from this precious Book of Life, mankind still seems to underestimate the potency of hidden sin. When the Truth of God’s Word is preached or taught to bring light to the darkness of people’s lives, it’s labeled ‘judgmental’. Phrases like “don’t judge me” and Scriptures taken out of context begin flying around. But it is unrighteous living done under the auspices of church-attending, God-worshiping, Bible-believing people that detours the lost trying to find their way.

While amazingly brilliant and complex, the mind and heart of man find it quite difficult to comprehend how fragile this life as we know it truly is. The span of this life from birth to death is a mere drop in the bucket compared to eternity. And yet we make choices as though God is unaware of our blatant disobedience. People who have been raised in church–knowing to think, act, and do better–step over His sovereignty to do what suits their flesh. Once upon a time the believer, if he chose to sin, did so with fear that a fellow believer (or even the pastor!) might find out. Now the believer parades his sin under the banner of “grace” and “don’t judge me”, leading a fanfare of how God covers our sin with His Blood.

Please be reminded today: your sin is deadly, whether anyone knows about it or not. And God sees you today. It’s not a threat, but a promise. The Blood Jesus shed to eradicate sin was undoubtedly the most costly purchase of God Himself. We cannot be so frivolous in our life choices as to ignore the fact that sin–both hidden and public–not only puts us at risk for all of eternity. It detours a heart that is desperately looking for authentic living. Will someone please stand for righteousness? Will someone please be real? I can honestly say that many of my generation live loosely in their faith because they saw a generation before them do so, but with much less courage.

My heart is stirred today. Never before have we faced a time such as now when righteousness must be lived out. This isn’t about brow-beating preaching that dangles people over the lake of fire. This is about a life that has been promised to the surrendered believer on the Lord Jesus Christ, both now and for all of eternity. Your life is counting on obedience.

With a humbled heart of compassion,
Bridgette