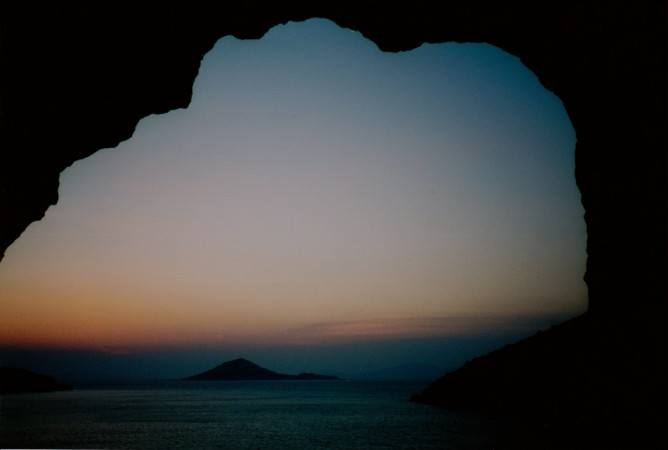 Revelation 1:3–3 Blessed is he who reads and those who hear the words of this prophecy, and keep those things which are written in it; for the time is near.

It’s been said for hundreds of years: He’s coming soon! And never has it been more true than today. The return of Christ for His Church–the true Church whom has shown herself to be pure, ready, and looking for His appearing–is closer than we could possibly even imagine! Never before have the final prophecies given by Jesus to John on the isle of Patmos been more fulfilled: the consummate checklist being tended to in explicit detail.

I can imagine in what is the masterfully technicolor visual of my mind just how it must have felt to see anyone, much less the Son of God–Jesus Himself–walk into the devastation that was now John’s life. Having been relegated to the ‘trash pile’ of that day’s society for simply proclaiming the Good News of Jesus and His fulfillment of the long-awaited Messiah, John was no doubt trying to sift through what his next section of life would involve. Would there be purpose? How could God use this? And would John even be allowed to impact his fellow rejects that either lived nearby or would soon inhabit this deserted island?

Then enters the One whom John had loved and followed, Jesus Christ. John could not have possibly envisioned the experience he was about to walk through. But the Victorious One was so real as He walked into that disparaged cave, John had no choice but to revel in what would become the greatest prophetic revelation of all time. As my husband puts it, “when Jesus walks into your cave, you know EVERYTHING is about to change!”

We don’t exactly know if John wrote this all down as it was revealed to him, taking dictation from the Holy One, or if he experienced its entirety visually and then supernaturally wrote feverishly in retrospect. But as he penned those first few lines, preparing the seven churches for the action-packed drama they were about to unfold, he gave a few simple instructions: Blessed is he who reads and those who hear the words of this prophecy, and keep those things which are written in it; for the time is near.

I certainly don’t claim to be an expert on eschatology, but be assured that those simple instructions can be clearly understood by the most basic of readers. If we as believers on the Lord Jesus Christ desire to be blessed and adequately prepared for His soon return, we must first be active readers of His Word. This will require daily discipline. I can tell you it never happens to just fit into my daily routine outside of my determined effort to keep it there. Secondly, the hearing of the Word, whether by our own speaking of it and/or by the preaching and teaching of the Word will bring about His blessing. Romans 10:17 says that hearing the Word produces faith! And finally, we must keep the Word as an active role in our daily lives. With every decision that is made, our hearts and minds should refer back to the life-giving Scriptures that have been read and heard. We must ask ourselves, “What does the Word say about this?” Psalms 119, verse 11, says that the Word of God which has been hidden in our hearts will keep us from sin, empowering us to conquer the desire to sin.

If you are desperate today for some answers, feeling much like the discarded apostle John, consult the Word of Life today! You will find yourself blessed, equipped, encouraged, and prepared for the soon-coming King. The time is so very near.

Ready for His return,
Bridgette