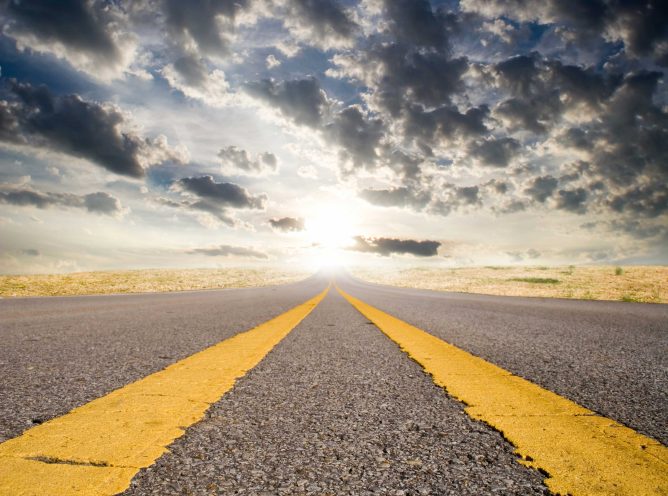 I believe Ezra and Nehemiah are two of my very favorite books of the Bible. I marvel at the tenacity with which both of these amazing men of God pursued the fulfillment of their divine assignments. Both of them accomplished a variety of tasks throughout their lifetimes, both in the governing of their nations and in the spiritual leadership of their people. But what history declares the loudest about these two men was that they fulfilled with valor the directive given to them…decades earlier.

What’s remarkable to me even further is the amount of time that lapsed over the course of their service unto the Lord. How faithful and patient our God is! He gave Jeremiah the prophetic word, through his tears, 70 years previously to the Israelites that they would return to freedom. It took 70 years for the first group of Jews to escape the exile stronghold of Babylon. But appears to take another 80 years for the final fragments to arrive back in Jerusalem.

What do you do with that kind of delay?

What do you do when you know that God told you to do something or that He was going to do something…but it takes days, weeks, months, years, or, gulp, even decades to see it come to fruition?

First, you settle in your heart and mind that, regardless of opposition or complications, obedience to the direction God gave you will prevail. Undeniably, there were moments for the people of God, generation after generation, and even perhaps for Ezra, once he came upon the scene, to doubt what Jeremiah had heard was even a word from God. Was it true? Did God really say that? If so, where is God? What is He doing? What’s taking Him so long?

It is in human nature to doubt or lose heart when we don’t see the fulfillment in the time frame that suits us. But apparently, someone kept believing! This prophetic promise was being passed down through the generational pool to keep hope alive. “Yes, God told Jeremiah that we would be freed. And as I understand it, Jer said it would be about 70 years. Where are we in that timeline again?”

Perhaps you’re wrestling with a word from God that He gave you, and most likely, He did not give you a timeline. The enemy of your soul seeks to sabotage the promise from your Father and cause you to doubt He even said such things. Satan will use well-meaning people (and some not-so-well-meaning people!) to question it! But you will need to remind yourself often: no, I know too much about Him to make me doubt Him! If the Israelites had listened to every naysayer, they would assuredly have never realized the exodus and rebuilding of their great city.

Second, keep moving. While the Israelites were bound to slavery and working in the enemy’s camp, they continued to live, love, and serve. Perhaps a percentage of them chose to take their own lives or rebel long enough to have their lives taken by those lording over them. But a remnant kept moving. And when it came time to make their exit, they stood up and moved. They acknowledged, “this is IT!”

Nothing great comes from sitting down on the job when God is providing a task for you to do. Working while you wait can be productive for the situation around you, but can also produce something inside you! I can only imagine the work ethic the Chosen Ones possessed after toiling for someone else for 70 years. When it came time to rebuild something of their own, they had the skills and stamina to accomplish it!

Nothing great comes from sitting down on the job when God is providing a task for you to do. 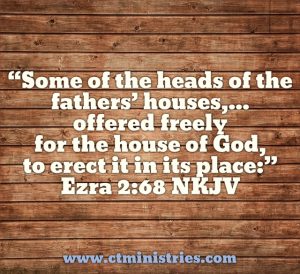 Thirdly, give. It seems like a simple concept but is often “easier said than done” when you’ve been waiting a long time to see the promise materialize. Ezra records in chapter two, after listing the families who joined the “Farewell, Babylon” parade, that, when they arrived at the house of the Lord in Jerusalem, some of the heads of the families gave freewill offerings toward the rebuilding of the house of God on its site (vs 68). They had made the trek to their homeland, but the house of God still needed major TLC. Many moved back home, but only some gave the offerings. Only some got in on rebuilding the Lord’s house.

Where can you sow seed? What further step of faith can you take to stretch your faith to believe for even bigger fulfilled promises? God always works via the principle of “Seed, Time, and Harvest”. The time is up to Him but what about your seed? What harvest will be forthcoming from the seed you’re sowing right now?

The results of perpetual belief, continual movement, and sacrificial giving were astounding: the freedom of restored life in the great city of their God and the completion and dedication of the temple! (Ezra 6:13-22) What joy they had to have experienced when they were able to dedicate that breathtaking edifice–the result of their faithfulness to believe, work, and give! God had moved kings’ hearts, silenced enemies, used those in opposition to help finance the work, and opened doors that no man could close to see His plan fulfilled.

I have no doubt He desires to do the same for you. Stir up that promise inside of your spirit today, dear friend.