Be our guest! But wait…

Recently we hosted a family gathering at our home, which meant several children invaded our girls’ rooms. Like any good host, our two daughters and I worked diligently the few days before our gathering to clean the house, prepare the food, straighten their rooms, and even get the outdoor spaces in spring-ready condition. We were excited for the family to arrive and the girls were anxious for their many cousins to come and play. It was going to be a beautiful day and a great time shared with family.

Until the guests began to move the toys about and make a bit of a mess. Then panic set it.

At separate times, each of our daughters came to me. “Mom, they’re wrecking my room! I had my dollhouse just how I wanted it and now it’s a total mess!” I pulled them aside and reminded them: “People are more important than property. It’s okay if they play and move some things around. We will recover the house after they all leave.”

People are more important than property.

Before you think too harshly of my girls, I must make a confession: I, too, enjoy having my things in order. A confessed perfectionist, I run a tight ship and admittedly cross the line now and again of keeping the house just so-so. I’m not a fan of a messy kitchen or unmade beds. And over the course of their lifetimes, our family has worked together often, purging toys, putting personal items away, dusting the furniture.

I love to host a great gathering! I enjoy preparing for friends or family to join us for a meal, sit around to visit, play a few games at the dining room table! But I also love the clean, straightened, everything-in-its-place feel that comes after the crowd has walked out the door and I’ve “recovered the house” again. Every now and again, with a particularly rowdy crowd of guests, I give myself the mental pep talk I offered to each of my girls. “It’s okay. People are more important than property.”

The thought occurred to me as our last group of guests left and we began our routine of turning the house back around: Are we, as the Church, guilty of doing the same thing with our “guests”? We polish the church facilities, groom the grounds, make all the grand preparations, and hang out the banner, “Guests Welcomed Here”! But as soon as the guests show up and the unchurched crowd behaves “inappropriately”, we are quick to start in with the complaints. “They’re wrecking our program! We had our carpets cleaned and look at this mess! He reeks of smoke. She’s wearing that.”

Jesus dealt with many a doubtful glance as He mingled with the sinners. While His association did not mean He engaged in the lifestyle the “sinners” were leading, Jesus had to go where they were and invite them to where He was in order to impact their lives. On countless occasions, the crowd pressed in to His seemingly perfect circle of disciples, interrupted their journey, disrupted the time of teaching, and threw off what their tradition had taught them was appropriate.

The woman caught in adultery hadn’t straightened up her act just yet. John enlightens us with the fact that the woman brought before Jesus by the Pharisees had been caught in adultery, in the very act! We can’t be too hard on the Pharisees in that they were questioning, perhaps from their hardened hearts and self-righteous traditions, what should be done with her. Their religious laws and long-held traditions had taught them this woman should be stoned to death. But Jesus’s response blew all of that out of the water. 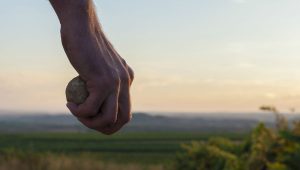 When each of them began to take survey in their own heart of hearts, they soon realized they had their own issues to compartmentalize and surrender. They, too, needed forgiveness. They, too, had once been unlearned or ignorant of God’s Word. At one time, each Pharisaical follower found themselves, and were being discovered even then, in need of grace.

But the story doesn’t end there. Jesus did not send her back into that condemnable lifestyle. In fact, He offered her an opportunity to turn things around.

Is your life a gracious welcome to the sinner ‘guest’? What about your church? Does the tidy-ness of the body at large and the facility where you meet make room for someone to make themselves at home while they unravel their sinful way of life? May we as the Body of Christ purpose to take on His Method of Operation. Let us be reminded of the value of people over “property” once again.