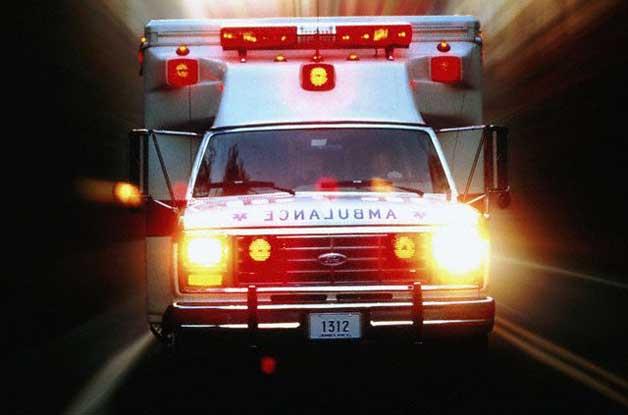 Conversation with two school-aged girls in the car is an unavoidable occurrence. There is typically zero chance for breath to be drawn as one girl picks up after the other pauses. What’s on the radio? I have no idea! There’s no way to listen to one song from start to finish during my daily taxi duties. And when my children happen to not be with me, silence is a premium commodity.

But there are some incredible conversations that do take place while en route from one activity to another. The world about us stimulates a menagerie of questions and commentary. And when the emergency vehicles sound their sirens, interrupting the flow of dialog, a moment of silence takes place, followed by another question: “I wonder what’s wrong with the person they’re going to help…”

It was on one particular sunny afternoon that the wailing siren of a fire squad truck sounded behind our car. My oldest daughter spoke up.

“Isn’t the sound of that siren annoying?”

“Not to the one they’re going to help!”, I replied.

For many who are determined to live for themselves, the preaching of the Gospel is undoubtedly abrasive. To the ears of the backslider, the life of the true follower is unnerving. But for those who are looking for some hope, the preaching of the Gospel is Good News. For those who are desperate for healing, the Blood of Jesus is a welcomed opportunity. The sound of the Spirit’s voice is beautiful to the heart of the hurt and the lonely.

The sound of the Spirit’s voice is beautiful to the heart of the hurt and the lonely.

In Luke chapter 13 you’ll find the account of a crippled woman who met Jesus at the local synagogue where He was teaching on the Sabbath. The Scripture records that she had been crippled by a spirit for eighteen years; so crippled, in fact, that she was completely bent over, facing the ground, as she walked and completely unable to straighten up and stand upright. “When Jesus saw her, He called her forward and said to her, ‘Woman, you are set free from your infirmity.’ Then He put his hands on her, and immediately she straightened up and praised God.” (Luke 13:12-13, NIV) 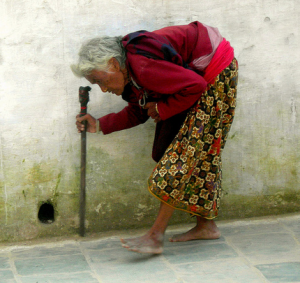 Without question, this precious woman who had spent nearly two decades of her life looking down instead of up or ahead was beyond grateful for those incredible words! The majority of the onlookers were thrilled, as well. What an unprecedented and miraculous thing to witness! They had just experienced a total transformation of this woman’s life. Not only was she free from that which crippled her, but she was also free from the bondage of a spirit that prevented her from walking in total freedom–physically and spiritually. Now she was capable of moving about freely, participating in a day’s hard work with ease, picking up her children or grandchildren, enjoying her family, and looking her loved ones in the eyes, face to face.

But there was a group of people there who did not feel quite so favorably about what had happened. Hard to believe, right? The religious officials were also present and immediately stepped in to scold Jesus for healing this woman on their sacred day. ‘Healing’ represented ‘labor’ on the Sabbath and their interpretation of the Law wouldn’t make room for such a disgraceful display. This was an opportunity for them to show off their authority and exert some power of their own!

Had these officials been crippled themselves for almost 20 years, however, it’s highly unlikely that they would have felt quite as strongly about the strict interpretation of the Law. The Good News of “you are set free from your infirmity” impacted them differently. In fact, it sounded rather ‘annoying’. They were indeed bound, but they weren’t ready to receive such freedom.

There are significant risks involved in becoming immune to the Good News of the freedom that can be found in Jesus Christ. And all of us can take the immeasurable blessing of hearing Truth on a weekly, if not daily, basis for granted. Once you’re ‘found’, does the siren of rescue seem ‘annoying’? Are we quick to dismiss the routine gathering of believers for more supposedly pleasurable activities? Is it easy to pass up an opportunity to share the love of Christ because we just don’t feel like it today? And can we all admit that we’ve stepped outside of the character of Christ and overreacted to a frustrating situation that otherwise might have given us opportunity to share some Good News?

Once you’re ‘found’, does the siren of rescue seem ‘annoying’?

The sweet sounding siren of rescue is needed today like never before. And if we are frustrated because we have to pull over to the side of the road, so to speak, just to allow the rescue squad of Good News reach the hurting, hopeless, and dying, it is time to reevaluate our priorities. Does the Message that once brought Hope to your situation still thrill you? Like the old song by the great Andrae Crouch says, “Take me back to the place where I first received You, where I first believed.” That day, that hour, that moment…someone else is waiting for their own encounter with Him.

“Lord, reveal to me once again the miracle of Your eternal offer. Make it fresh in my heart. Open my spirit eyes, once again, to not only see what You’ve done for me, but also what You desire to do in the lives of others I meet. Use me to share that Good News like never before. At just the right time, with just the right words. I’ll never forget what You’ve done for me. Thank You. In Jesus’ name I pray, Amen.”

On the rescue team,
Bridgette