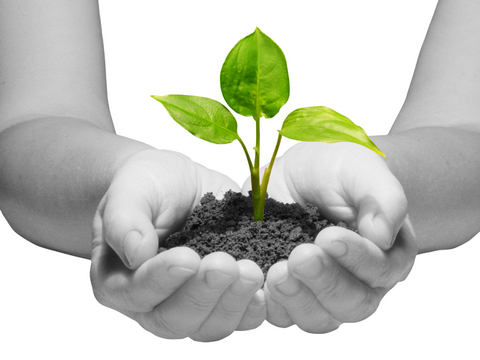 All Your Needs Supplied

Philippians 4:10-19–“10 But I rejoiced in the Lord greatly that now at last your care for me has flourished again; though you surely did care, but you lacked opportunity. 11 Not that I speak in regard to need, for I have learned in whatever state I am, to be content: 12 I know how to be abased, and I know how to abound. Everywhere and in all things I have learned both to be full and to be hungry, both to abound and to suffer need. 13 I can do all things through Christ[b] who strengthens me.

14 Nevertheless you have done well that you shared in my distress. 15 Now you Philippians know also that in the beginning of the gospel, when I departed from Macedonia, no church shared with me concerning giving and receiving but you only. 16 For even in Thessalonica you sent aid once and again for my necessities. 17 Not that I seek the gift, but I seek the fruit that abounds to your account. 18 Indeed I have all and abound. I am full, having received from Epaphroditus the things sent from you, a sweet-smelling aroma, an acceptable sacrifice, well pleasing to God. 19 And my God shall supply all your need according to His riches in glory by Christ Jesus.”

There was so much richness to be had in chapter four of Philippians that I couldn’t walk away from it after my last post! With all the political flurry bustling about us as we approach the presidential primaries here in the United States, money and the drama that surrounds it are undoubtedly at the top of the debate list. It has been said that the poorest in our nation is among the richest in the world. Still yet, when a person’s money is impacted under a faltering economic system supposedly at the mercy of a nation’s government regime, the citizens are looking for a direction to point their fingers.

For the believer on Jesus Christ, however, the finger pointing must come to a halt when it lands on the Scripture. Biblical history outlines countless accounts in which God’s people were sustained throughout widespread famine, economical downturn, and the driest of deserts. Even Jesus Himself had to support his “ministry association” in a time of government turmoil and unrest. Yet there are no indications that he and his team of disciples were scraping by. One of the disciples was even solely appointed to manage the money.

From an unlikely source of joy, the now Roman prisoner, apostle Paul, wrote to the church at Philippi, thanking them for their continual support of him and his missionary efforts–not only in prayer and emotional support, but also through financial giving. As I pointed out in my two most recent posts, Paul was in a continual quest to learn what true contentment in Christ was. His letter wasn’t a feverish “send money NOW!” plea. There was no sense of desperation, loading the fellow believers with guilt if they didn’t send their next month’s salary to Apostle Paul, Inc.

However, Paul wanted to teach the Philippian believers what he had come to learn about God’s plan to promote the Gospel. God could have chosen any means by which to provide for those who surrendered to His call to spread the Good News exclusively. But He chose to use His people. Why? Paul cites this exact purpose in verse 17: “I seek the fruit that abounds to your account.”  He reminded these faithful believers the resource they already were abounding in because of their sacrificial giving. Simply put, the blessing of God was on their gifts! Their gifts, given from pure and grateful hearts, were “a sweet-smelling aroma, an acceptable sacrifice, well pleasing to God” (vs 18)!

Paul’s next statement became a banner waving statement for multiplied generations to follow: “And my God shall supply all your need according to His riches in glory by Christ Jesus.” (vs 19) As today’s believers we most certainly wish to claim this divine promise over our own lives as we shout it from the top of our lungs, full of faith and power. But let us keep this promise in perspective. The assurance of God’s provision to the believer was given after they had been faithful to sow into His Cause. The law of sowing and reaping has long been in effect and is God’s channel through which His blessing can flow. “Seed, time, and harvest”–a reliable cycle of provision whether in the spiritual or in the natural. The blessing of God is the “fertilizer” for the obedience of the sower.

If you have yet to reap “the fruit that abounds to your account”, make today the first day of your commitment to sacrificially give into the Kingdom. Seek out trusted missionary efforts to invest in. Give above your tithe to the ministries of your local church. Listen for the Holy Spirit’s prompting to give to others who are serving in the Kingdom of God. Through this you will receive the favor of God which is completely immune to the ebb and flow of a national government’s economic crash. In the land of want, you will find your finances secure and your need will be supplied according to His riches in glory by Christ Jesus. There’s no better return on the dollar than that!

Proof of His Provision,