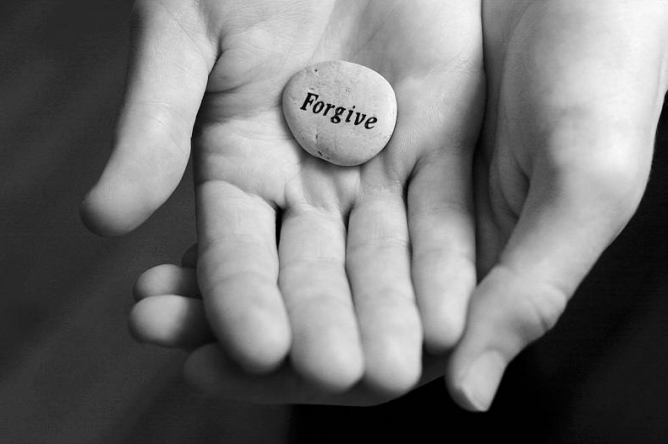 Mark 11:20-26:  20 Now in the morning, as they passed by, they saw the fig tree dried up from the roots. 21 And Peter, remembering, said to Him, “Rabbi, look! The fig tree which You cursed has withered away.” 22 So Jesus answered and said to them, “Have faith in God. 23 For assuredly, I say to you, whoever says to this mountain, ‘Be removed and be cast into the sea,’ and does not doubt in his heart, but believes that those things he says will be done, he will have whatever he says. 24 Therefore I say to you, whatever things you ask when you pray, believe that you receive them, and you will have them. 25 “And whenever you stand praying, if you have anything against anyone, forgive him, that your Father in heaven may also forgive you your trespasses. 26 But if you do not forgive, neither will your Father in heaven forgive your trespasses.”

If you’ve been in a Spirit-filled church for even just a service or two, most likely you’ve heard about faith-filled prayer. The text above is one often used to build faith in the life of a believer. The simplicity of Jesus’s statement, ‘have faith in God’, followed by the promise that we as his disciples can access his power by eliminating doubt, can become complicated if we allow it to! The equation is simple, though, isn’t it? Have faith in the God of the Universe–the One Who spoke and the world as we know it formed into being. If He can form strings of planets, stars, and mankind with His spoken Word, surely He can manage to mend my broken heart or provide my basic needs!

But Jesus’s instructions did not stop there with the simple faith and absence of doubt. He went on to remind His followers that these basic elements would only be met for the heart full of forgiveness. In a silly way it makes me think of a child who looks to his younger siblings and is giving them the inside secrets on how to get what they want from Mom or Dad. Jesus was saying, “This is what motivates Father God. He won’t provide your answer, meet your measure of faith, or move any mountains at your word unless you keep His word. You must forgive others. He only responds to forgiveness.”

What are you believing God for today? As David the Psalmist wrote, “I have been young, and now am old; Yet I have not seen the righteous forsaken, nor his descendants begging bread.” (Psalm 37:25)  There’s no need to beg for what God has already promised to you! But the prerequisite to your answered prayer lies in the hurdle to true righteousness: forgiveness. Forgive others. He will forgive you. Then, He will respond to your faith.  Pretty simple, isn’t it?

Standing in faith with you,
Bridgette