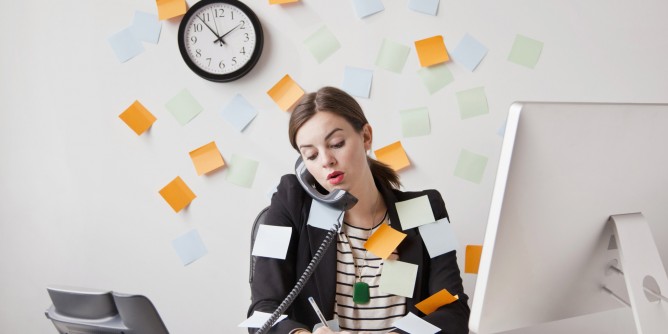 I had a conversation recently with a dear friend who left her job as a full-time elementary teacher to work from home as an online teacher.  It sounded so much more simplistic and almost blissful to work from home, make her own hours, be with her young children more, and manage her class of “virtual” students from behind the computer screen.  It took only a few days (if that!) to find out that the process was a little more complicated.  Between the chronic needs of her two-year-old, the mounting list of responsibilities at home, and the massive learning curve of her new job, she found herself toggling between tasks much like the multiple windows opened on her PC.

Just as a multi-tasking computer, in day-to-day life we open so many “windows” and yet, at the close of the day, we find we have little to nothing to show in true accomplishment. Has one task been fully completed with excellence? Or have we been chasing ourselves, coming and going, scratching one thing off the to-do list, only to add another? In this multi-tasking generation we must be cautious in our efforts as husbands, wives, sons, daughters, parents, followers of Christ, and ministers of the Gospel that we don’t reduce quality to produce quantity.

There’s no place more telling than in the weekly practices of our local churches.  When is the last time you were in a church service where the presence of God was so fertile and rich…and the time was plentiful to soak it in? My mind takes me to a time when the fast-food chain McDonald’s broadcast, with much pride, the multiplied billions of customers they had served. And while the church’s goal is most definitely to serve the Gospel to multiplied billions of souls around the globe, we won’t give them everything they need in a short order fashion each time. All too often the “show must go on” in order to serve the next time slot’s audience. And then it happens once again:  we’ve multi-tasked to the point that, perhaps at the close of the day, much has been started, but perhaps completion has evaded the task or the quality has been reduced to what man could contrive in exactly one hour and thirteen minutes.

As a believer, I urge you to “be still and know that He is God”.  Determine to create time when you can absorb the greatness of Who He is, what He does, where He wants you to go, what He wants you to do and say, and simply how much He loves you. And, at the close of that session, you will know something of great consequence has been completed. He is refuge. He is strength. He is a very present help in time of need. Selah.

Much love to you,
Bridgette